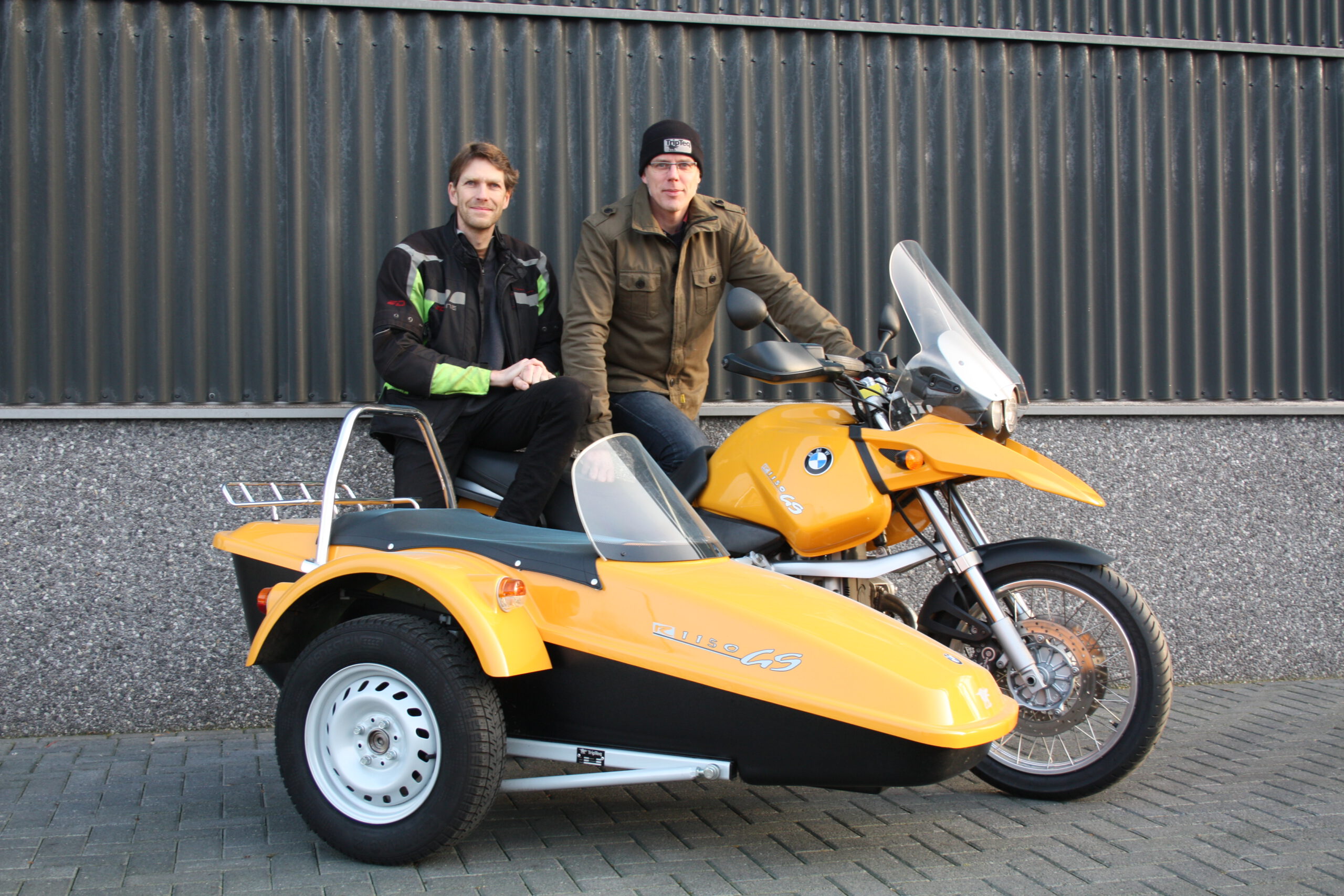 Two’s a company and three’s a crowd? Well not when it’s about wheels! That extra wheel gives motorcycling a lot of extra fun and experience. At least that is how we feel about it. And we think every sidecar-ist will confirm this!

When we brought our first model at the market back in 2005 we wanted to do things different. Driven by the desire to offer a solid and affordable sidecar kit which you as a rider not only can assemble by yourself but also offers the possibility to modify it to your own use and wishes. Just like how we once wanted to build a sidecar which fitted to our expectations. Back then and now still a unique concept what which is offered by no other sidecar manufacturer than us.

We understand your wishes because we share your passion; building and riding sidecars!

From the first moment that I first got my hands on a sidecar, working as a mechanic at Motoport Hengelo, I was caught by this three wheeled virus. Soon I dug into the specific technique and construction. Later on I did not only do the mechanical side but also sales and after-sales leading to running the whole sidecar department at Motoport Hengelo. Whilst searching for a third dealership besides Side Bike and EML I could not find a brand which met my demands in construction and design. So the idea of developing a complete new brand emerged (read ; the story behind Tripteq).

The development together with Wijnand, the TÜV certification and start up of a dealer network gave me a very big thrill! After a few years of running the sidecar department and the Tripteq company, in 2009 the opportunity came to take over Motoport Hengelo. Up to 2019 I lead Motoport Hengelo with great pleasure and gave a boost in size and sales. By attracting new brands like CR&S, Kawasaki, Indian and Ural and by organising special days like the King Kustom Day and Motoport Hengelo was now a very successful business and for me it was the time to go on.

Running both companies took a lot of time and effort and as the sidecar virus was still in my blood and choosing to continue with the Tripteq company was the obvious choice. That third wheel still has a hold on me!

Wijnand Zwart is a technician and developer in heart and soul. He is graduated at the University of Twente in mechanical engineering. Improving existing products and developing new products has always been in his blood. Examples are converting a two stroke MZ sidecar to run on LPG,

developing and building his own BMW R100 sidecar combination with not only producing leading forks and own chassis but also a complete body from polyester and electronic ignition. When given the chance at Tripteq to do this as a job, his choice was quickly made. And this was the start of a very good cooperation between us. After all development work was done at Tripteq, Wijnand moved on and became a teacher at the university for automotive industry in Arnhem (HAN).

He is still involved with Tripteq as a freelancer when new developments are done. He also had found some new challenges in developing and building a three wheeled vehicle made for lean fuel consumption, organising the ECO marathon at the HAN and his latest creation is the electrification of a old two stroke Vespa scooter.

Back in 2003 I started without any experience but with a lot of mechanical background from my work as a sidecar mechanic at a local sidecar shop with the development of a new sidecar concept. To acquire extra knowledge I searched for cooperation with trainees from the university in automotive and mechanical engineering. The initial idea was the development of a two seater sidecar which could be easily modified to specific use. Comparable with the BMW “Baukasten system” we wanted to develop a standard sidecar chassis which could be modified with the changing of different body panels making it either a sports or touring sidecar. Other models would follow on the same chassis. To get the development in a faster pace in 2004 I asked Wijnand Zwart if he was interested to work with me. He was just graduated at the University of Twente and like me was a fanatic sidecar-ist. An extra advantage was that he already had developed and build several conventional sidecars.

After a good half year of developing together we soon realised that this concept was maybe to ambitious for two un experienced developers/manufactures. At the same time I saw a decrease in the sales of two seated high end sidecars. So it was time to evaluate and make big decisions. Wijnand already had a plan for a very affordable, clean and simple sidecar kit specifically fort he BMW 4 valve flat twin models. The construction of these models makes it possible to assemble a very simple but effective and affordable sidecar. After a lot of research and discussions we decided to go on with this project. But with some of the initial demands as having the sidecar TÜV certified and a production based on holding stock and not producing on order. We started the project under the name SCS (meaning Super Cheap Sidecar). In short time a prototype frame and mounting parts were made, the calculations and our own tests were done and the first relations with the German TÜV for certification were made. Also the first moulds for the sidecar body were finished and in January 2005 the first bodies were made.

Meanwhile it got recognition in the sidecar business that we were working on a total new concept and at the end of January Bernhard Götz of the Motorrad Gespanne (Motorcycle sidecar) magazine asked me if I was willing to present our prototype at his stand at the sidecar show for Germany. An opportunity I could not resist of course. So we quickly came up with a brand and model name; Tripteq after the combination of 3; wheels, traveling and technique. The model name would be Heeler named after our Blue Heeler dog which has been around throughout the whole development process and has become some sort of mascot for us.

At the presentation on that show in Sinsheim the concept was received with great scepticism. It would be too simple, and would, according to most, not be good enough to get the TÜV certification. A 3 point connection was long out of date, the use of the original alloy wheels would not hold in sidecar use and the ABS plastic sidecar body would simple be not strong enough. All the features which we saw as an advantage were seen as disadvantages by the sidecar public being both competitors and riders. From our initial enthusiasm, there wasn’t much left when we came back from the show. But we refused to give up so close to the finish line. So we went with all our calculations, tests and our prototype tot he TÜV in Hannover where we left everything behind for the engineer who would do the certification for us. After some exciting weeks we got the TÜV certificate for our sidecar! The first DIY sidecar kit with TÜV certification was a fact! Now we really could get started and at the EGT (European Sidecar Rally) in august 2005 we showed our first TÜV certified sidecar combinations and our career as a sidecar manufacturer started off. The search for customers and dealers could begin. Within a year we set up a network with some very enthusiastic dealers who really understood our concept. They quickly started selling our kits. Convincing the customer took a bit longer but sale after sale we got more ambassadors for our concept and so the Tripteq family grew bigger and bigger.

After some years we extended the TÜV certificate with new models from BMW and of course we went on with developing new bodies and accessories.

In 2016 we achieved our first real milestone; 500 units sold! We were so proud! And of course we keep on developing parts and accessories. Now, five years after the first milestone we offer a very complete range of sidecar models for different BMW models and we are at a very steady 750 units sold. And we are not finished yet!